A home run is always a home run

Yesterday my Yankees swept the Blue Jays. So much for the money and great sounding names.

Phil Hughes pitched well and Boesch and Overbay did the rest.

So lets see if I have some cards of the trio.
Great rookie card. This is an SP being the most common one. But I think I like this photo better. The '08 Upper Deck had such a great photos! And I have a thing for the second year cards, were the stats line for last year is equals to ML totals.
This is my favourite Hughes card. I don't quite like the too much white in this year A&G design but Hughes make it go away.
I had to double take this card to see Hughes in there. He seems a bit Asiatic. Or perhaps is just that I cannot see the eyebrows. The last card I have of him is shared with David Price. Price is like an Ace in Tampa but Hughes had some dificult to impose himself in this past years. Hope this will be the season for him. Brennan Boesch had me yesterday! I think he might be one of the best acquisitions Yankees did this season.
His rookie card now has an highlight place in my collection. After a good looking RC his second year card has a tremendous photo. Glad to see him in pinestripes and hopping ot get his Yankee card.

For Overbay I don't have a RC but I count this Star Rookie card as so.
Here wearing Arizona uniform but already traded to the Brewers
Looking confindent in his Heritage photo. And playing for Toronto whom he helped to overcome yesterday.
I always wonder if the players that play for a bunch of teams during their major league career feel like belongging to a team in specific. My favourite Overbay card is the 2011 release.
In '11 Lyle played for 3 teams. Oh well, usually it happens when the player is old or not that good. ut his stats don't look bad and yesterday Overbay was useful and that's what the Yankees need with all the injuries in the rooster.
Posted by Ana Lu at 14:06 3 comments:

I buy stuff and the seller present me with some bonus. Here's two relic cards he got me. 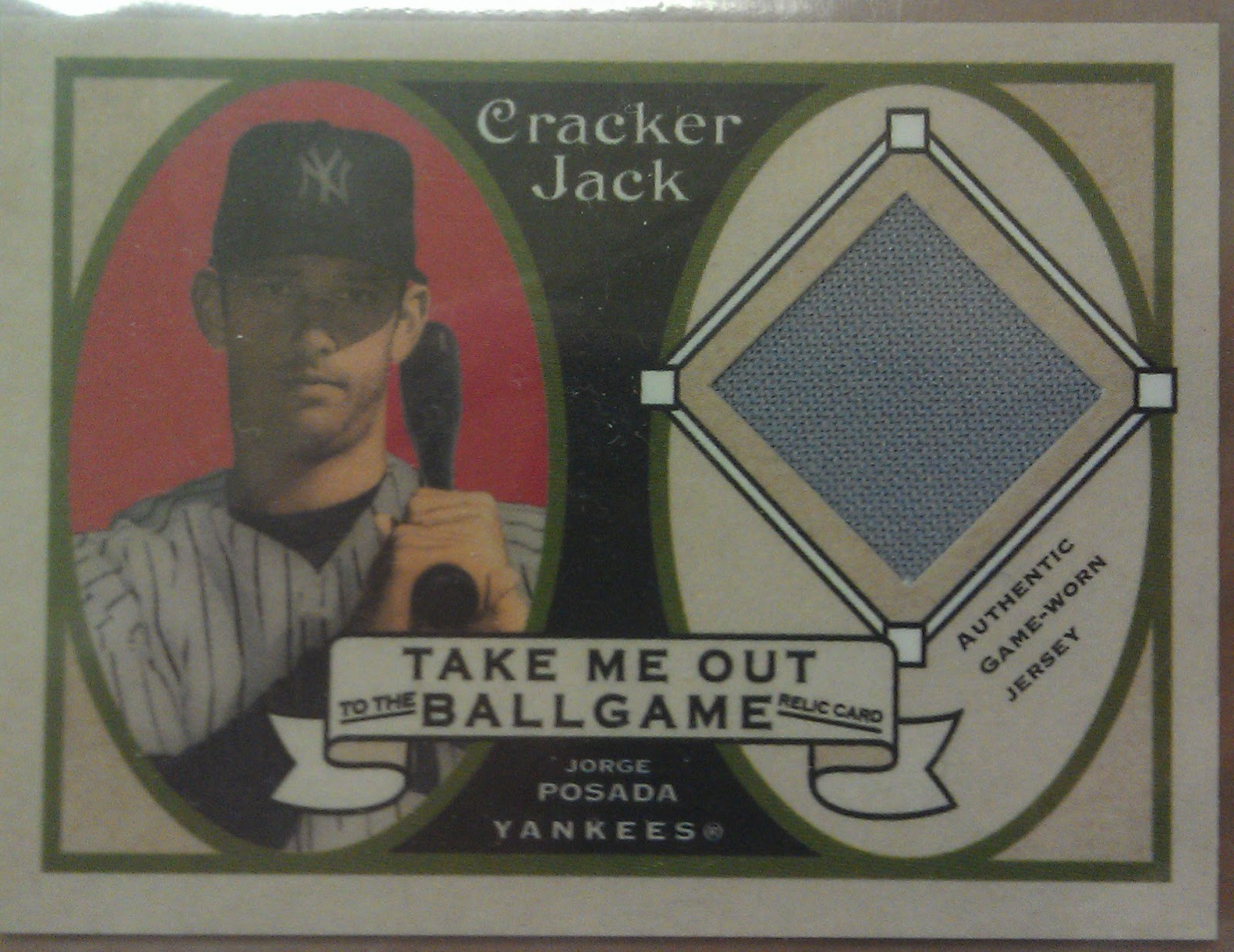 That was a great product that I'd like to buy some packs. Haven't found them yet.

The seller already presented me in the past with other Cracker Jack relic card, a Teixeira bat card. This time around is a Posada jersey.

If it is grey that it's from the away uniform. I'd love to have a jersey card with a pinstripe patch.

And I miss Posada. I love seeing Cervelli catching but Posada was a true Yankee. 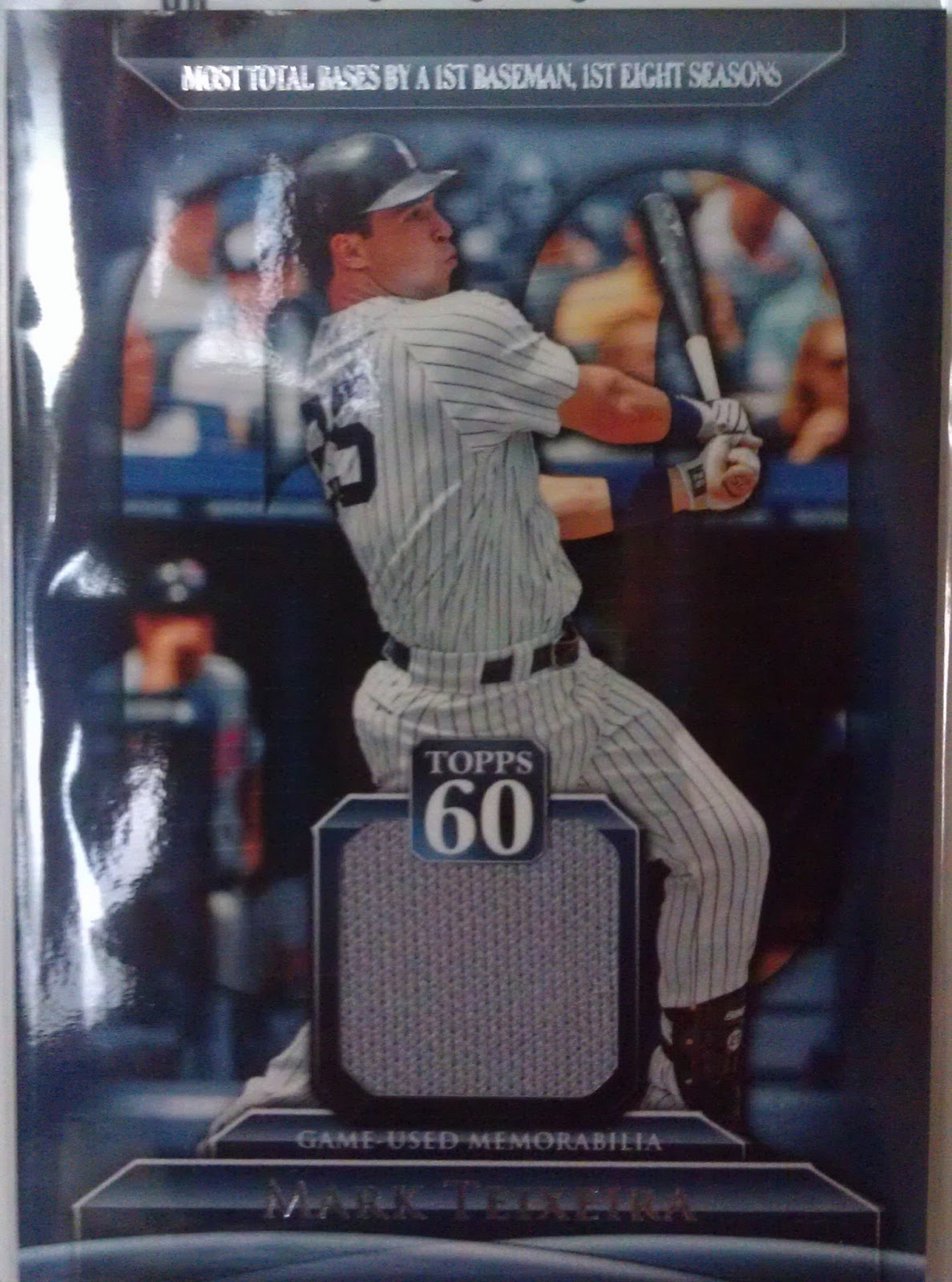 And speaking of Teixeira...The other card is a Teixeira T60 jersey card. A away jersey patch again.

I've looked it up and found there are two. One form Series 1 and other from Series 2.

I put relic cards on binders. I only have two binders pages with relic cards so you see that's not my goal in the hobby, but don't they look awesome!?
Posted by Ana Lu at 21:17 2 comments: 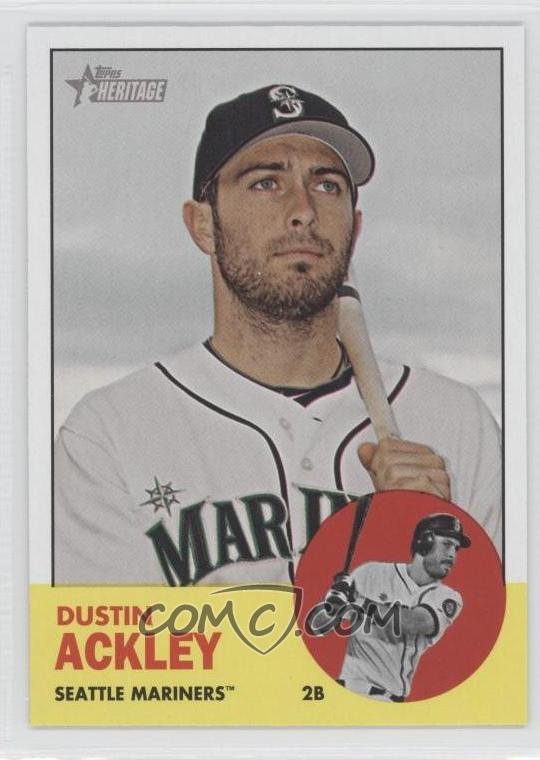 I lost my way
Oh baby this stray heart
Went to another
Can you recover baby?

Ohhh, you are the only one that I'm dreaming of
Your precious heart, was tron apart by me and you 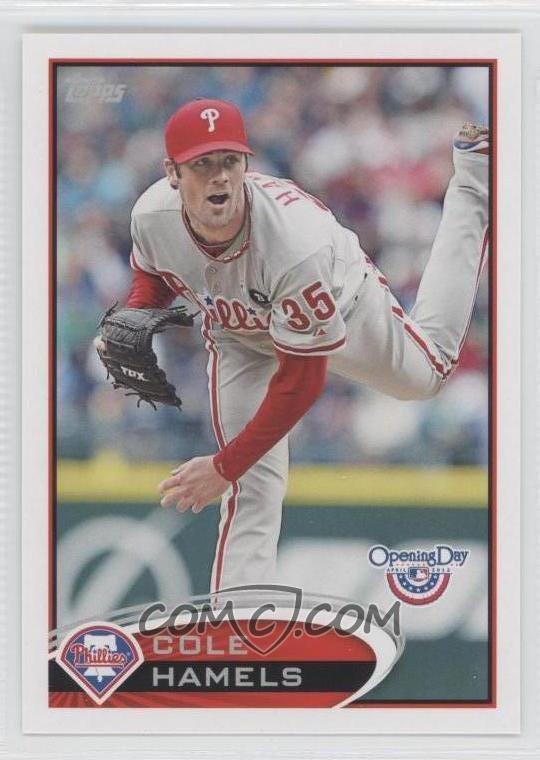 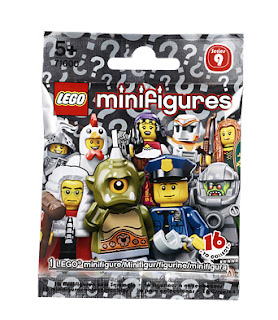 My parents know the child in me and so they get me some LEGO packs sometimes.

And what are adults than children that forgot!?

And since I have a good memory I keep the child in me pretty much alive.

So they got me 5 packs to open.

I got 2 Alien Avenger so I'm only showing 1.

It looks quite nice with the weapon and the futuristic armor. Shame that with the armor on we cannot see the 'cloths' which have lots of details.

And right after the Alien I get the Battle Mech!

I thought I had lost something in the pack but no. The Mech does not have a weapon. So he fights with the fists and kicking some bad guys butt!

The same thought goes to the Mech armor and the way it hides great details of the minifigure body.

This really put a smile on my face because it made me remind the old Japanese series with ninjas and Mechs. The ones prior Americans start doing the Power Rangers.

And to put some order in the house I also got the Judge.

The wig is fun because I thought it would be harder like the hair or helmet the minifigures usual have but no. It is quite soft and malleble.

And I think that if the Alien see the Judge hammer he might as well run off.

The photo is a bit dark so you might not see the 'cloths' but they have all the details. Like the pen in the shirt pocket.

I haven't tried the handcuffs on the minifigure but I think they will fit!


I've learned in the official site that the Series 10 is already out.

In Series 3 theres was also a Baseball Player but it has the bat.

Here in Portugal I haven't seen the new Series 10 yet. But I intend to pass by the LEGO store and see if they already have it.

I'm aiming for the outfielder!
Posted by Ana Lu at 14:34 No comments:

Once again I'm overwhelmed by work.

Lots of milestones in the horizon and the time doesn't stop.

And we always have to try and be #1 or else somebody else is eager to take upon our job.

And since there is always a fight to be *the* #1 lets see how many #1 cards I have and who is featured in them.

It seems I have a few. Not bad.


And I start with Barry Bonds insert card in the '91 Fleer Ultra set.

In contrast with the other common card this have a lot of text to read!

Am I complaining!? No! I like reading and knowing trivia things.

And it's an extra that the front of the card have 3 Bonds photos! But that happens in all cards in this set and in the base set.


I only have Boggs cards for the Boston times. And around this days, Boston is #1 trend around the globe for the worst reasons. Keep it going Boston.


Next is Ivan Rodriguez helping someone (cannot get who is he nor even the team. Help!?) who is choking with some baseball.

That or he is breaking his knees in half.

Or even other possibility..he is helping closing the fly.

Not only the back shows a cartoon of 'father and son' but on the front they are also facing each other.

These combos sometimes look a bit off but in this I think they got it right.

Yep. Cuteness all over the card.

An insert in the last Upper Deck baseball release.

I like black and white photos. But that is only true because I always knew stickers and cards in full colours.

This insert set were dedicated to DiMaggio so I was happy with any of the cards. But I got #1.

And this #1 card is also a die cut. Probably from hell. But a die cut.
My favourite #1 card! Ohh how I liked Prince Fielder while with Brewers. It felt real, authentic..

Nothing against Tigers but Fielder for me will always be remember as a Brewer.

In those old days they really looked like wearing pajamas for playing baseball.

Mathewson, I have a couple of cards of him. All commemorative or reprints. But I like it none the same.

It's good that we never forget.

Maybe it's easier to get card #1 in Update sets because it's smaller.

Vladimir is always smiling. Join him with Torii Hunter and Brandon Phillips and the stadium would not be big enough to handle the 3 smiles.

And they play/played always well.


I think T206 were the first set that I completely fall in love with no restrictions.

And the HE minis are simply gorgeous!

And I have this  infatuation for History. So its a bonus everytime a cards company decide to throw some historical cards in the middle of a sports card set.

I like D-Backs. But I must thank the baseball gods that they have a cat as mascot during the games instead of a snake.

Even if the cat need to cut the nails. Is it legal to play baseball with that long nails? He sure doesn't need a glove...

I first noticed Gonzalez because I got a relic card of him in Archives last year. And then even more after getting this OD #1 card. And even more when I noticed he tends to show up in the League Leaders cards too.

By the way...he seems to have just scored an home run.

I say this because some of the set cards show players who rank second or third.

And to complement the Fielder card I already shown here is his partner for the kung-fu-dance after home runs.

I think that Braun only tried steroids because he misses Fielder that much.

The vintage uniform is a plus. Even more because Braun wearing this uniform reminds me of Paul Molitor.

I got a pack of Bowman Platinum in a repack box. I've never saw that before. But they sure look good!

Of course they only bring 3 or 4 cards which reduced the possibilities but here I got card #1. And it's Ryan Howard again. The first player here to duplicate his #1 cards.

As a Yankees fan I should not like this card at all. But I'm a good fair play fan and when the others play better than us I don't have a problem.

And really, this was a huge moment in history. Somehow I'm glad it was the Yankees out there to be bitten by this great Pirates team.


Ryan Braun is again card #1 for consecutive years. And in both cards he's wearing a throwback uniform.

How sweet is that!
Liriano in this photo looks like the Fantastic Four Mister Fantastic. How malleable can be his arm!?

It always fascinated me how can pitchers do those things to the arm. But perhaps that's why they have a lot of elbow injuries and so.

It's a bit of a gray #1 card. Would have been better if it was one of those photos with a throwback red and white White Sox uniform!


I might have a few more #1 cards but these are the ones I already have listed. 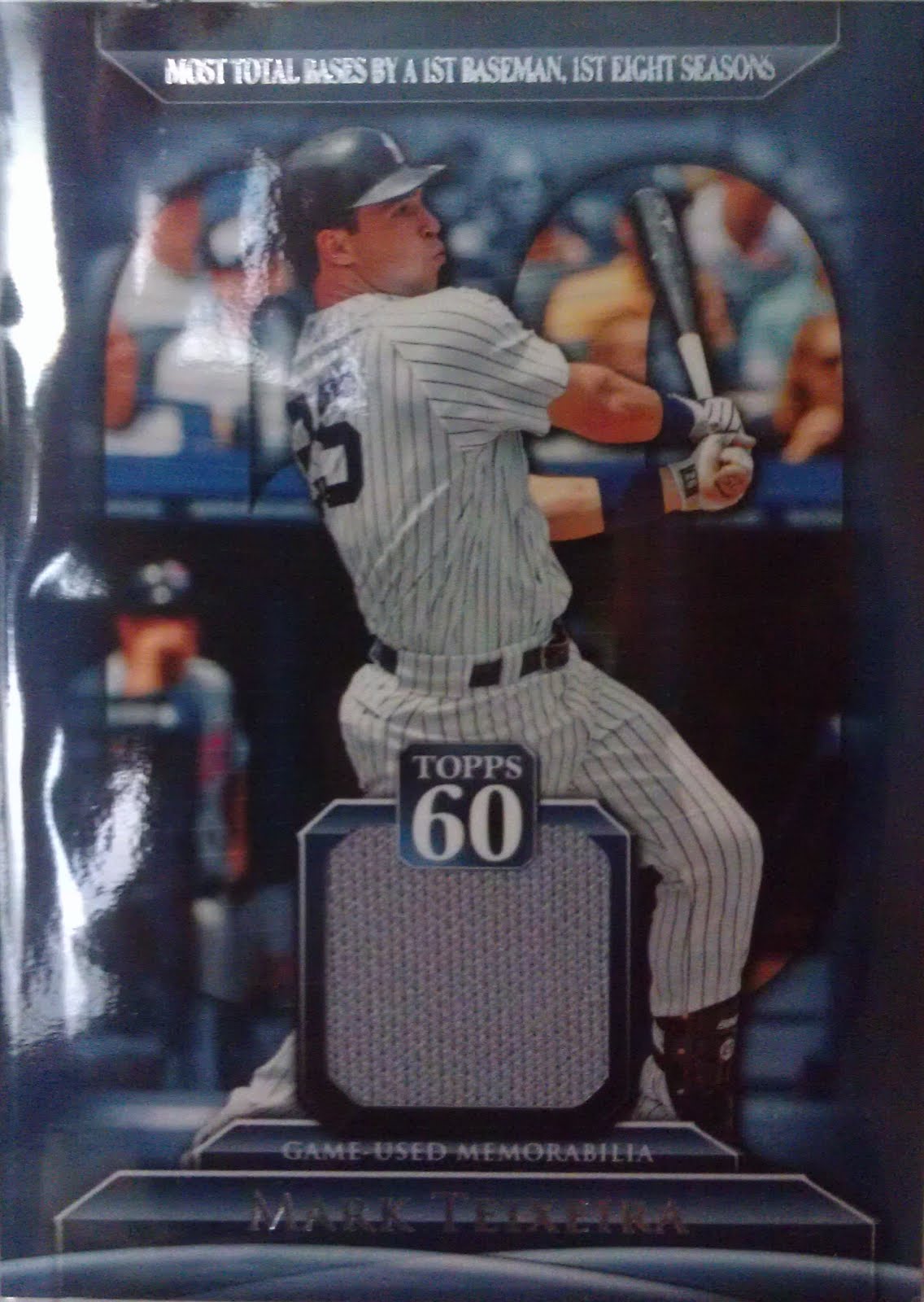 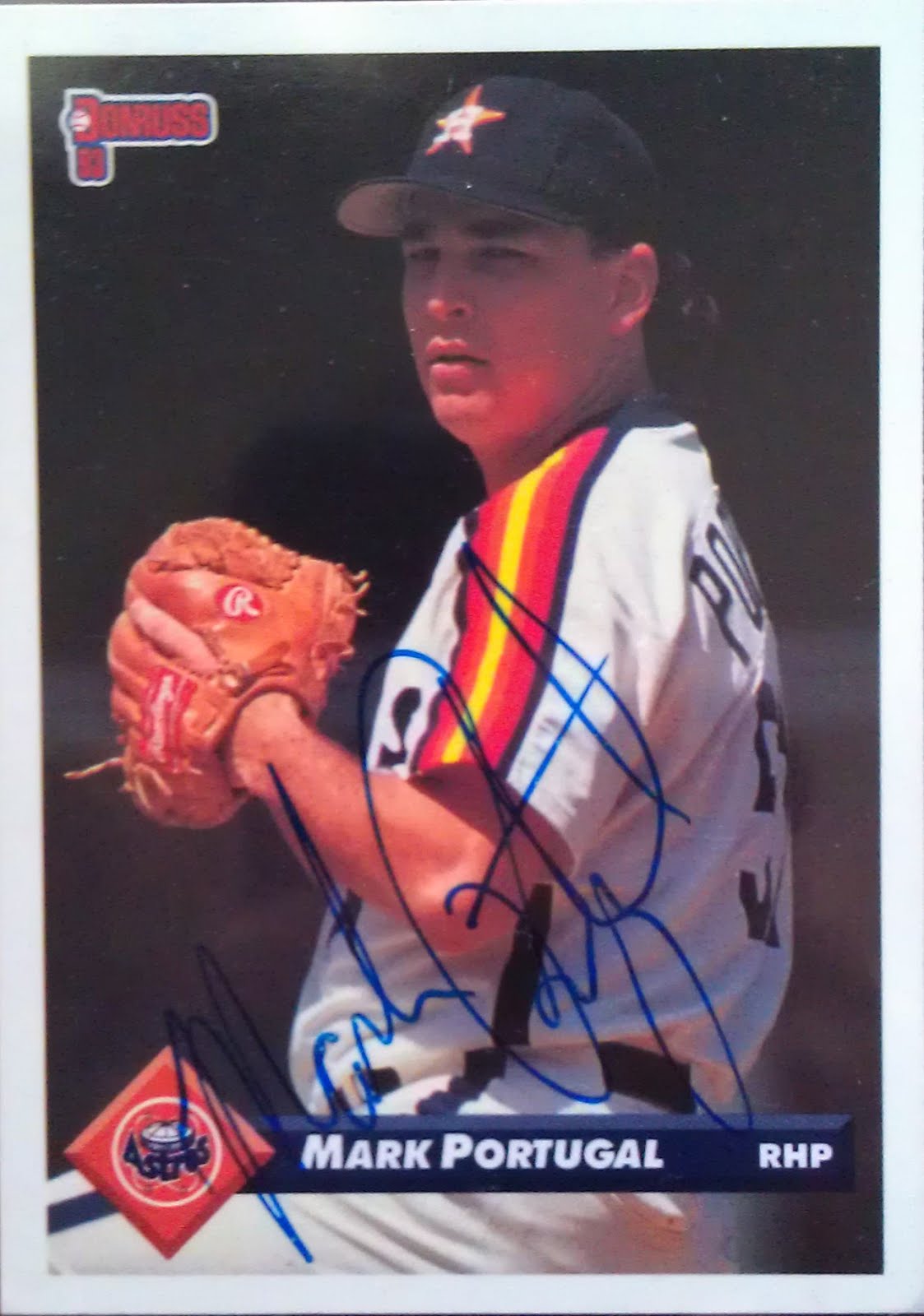